It's Time to Fess Up 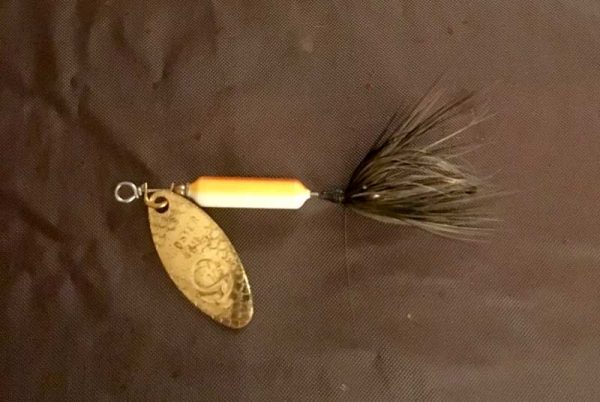 Well, It’s about time I tell the story of my trip to Colorado in 2008. That’s when my partner and I hosted a fishing trip with our clients. One in particular, Jeff V. D., had never been fly fishing before.

He was very apprehensive, but being a great sport, he decided to try it. Jeff asked me for help, instruct him, as I was very familiar with the Taylor River. At dinner the first night we arrived, we discussed our plans for the next day. I recommended we first start out throwing a spinning outfit to get the feel of the water and to locate the trout. Jeff was fine with that.

So the next morning we entered the water, found a good spot and started casting. After several casts, Jeff had a fish on, but it got off. He was excited and said, “this is going to be easy.” (Little did he know) After several more casts, same thing. Fish on, but it got off. “What am I doing wrong?” I said keep casting. We moved around and the same thing kept happening. I said, “let me try it”. I told Jeff I was going to change the spinner and maybe that would give us good luck. A few casts in the river and SMACK! A nice 18” Rainbow. A few more casts and another nice fish. Time for Jeff to try it again, but he said he preferred to try the fly rod next.

At dinner that night, Jeff told everyone how he couldn’t catch a fish with the spinner, but I was great at it. (Oh my) I didn’t have the heart to tell everyone what I had done.

When we first started out in the morning, I took the treble hook off the spinner and was going to replace it with a single barbless hook. Ah HA! I decide to pull a joke on Jeff and not put a hook on at all…………At the time, I thought it was funny. (well it is , ain’t it?) I couldn’t fess up then, but I’m doing it now.

So when this article comes out in the August issue, I am going to send him a copy. I’m sure I am going to get a phone call. However ~ I finally got this of my chest…………LOL

[PS; Jeff is no longer my client, so I can now tell this story]