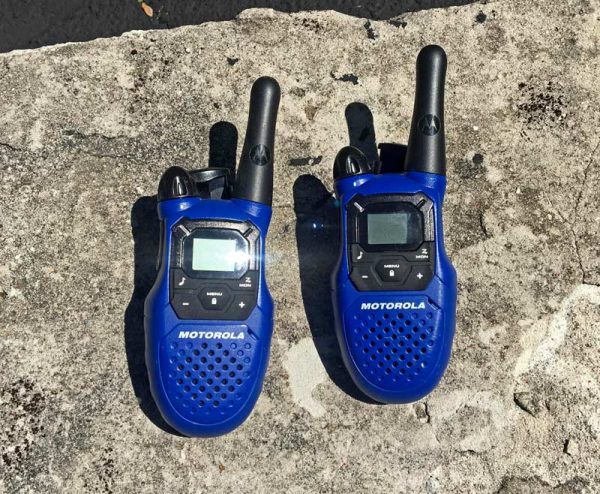 The definition is an emergency word used internationally as a distress signal. I think we all knew that, but did you ever need to use it?

This story starts out in December, 2002. It was only three months after my wife and I came back from one of my favorite places, ever. Almont, Colorado. You see, we go there once a year in September for my birthday, and fish the Taylor and Gunnison Rivers. In December of 2002, I had a blockage in my heart, in the lower left artery.

Just before surgery, I said to the surgeon, "If I come out of this in one piece, I’m going to Colorado in May, then again in September. Well, I turned out OK and Dottie, my wife, and I headed off to Colorado. Everyone was worried about me, so to make them know that I was playing it safe, I would take some walkie-talkies with me. First day, we tested them out. “Hi Dot, can you hear me? 10-4." "Yes, how do you feel? 10-4." "I feel good, going fishing. 10-4."

I checked into the office to let them know I was leaving a walkie-talkie with them in case I needed help. We know the owners very well, and the people in the office. Nice people. So I went down to the river to find a spot that I can fish without taking any chances. After a while, I got a little braver, moving around as if nothing ever happened to me. Then, while hoping from rock to rock, I fell, lost my breath, and hurt myself. (what a dumb move) Gaining consciousness, I grabbed my walkie-talkie and called out the infamous words. “Mayday! Mayday!" No answer. “Mayday! Mayday!" Still no answer. I laid there dazed thinking can’t they hear me?

“Mayday! Mayday!" Finally I got an answer. “ED WE’RE BUSY SERVING LUNCH, QUIT FOOLING AROUND." “I’m not fooling around, I’m down river and need help.”

“YOU’RE SUCH A KIDDER.” Twenty minutes later, I regrouped, picked myself up and started walking back to the office. Once I got there, I saw the owner, Steve. He said, “ED, YOU KNOW BETTER THAN TO PULL THAT STUNT, ESPECIALLY DURING LUNCH. IT’S BUSY AS HELL.” I just looked at him and said, “I apologize Steve. Your’re right. I should know better, but I almost got you!" I had lunch, went back to my cabin to meet my wife. She said, “Well, how did you do?” I said, "I think these walkie-talkies are a waste of time. I had trouble trying to get you. Must have been out of range. Dottie said, “That’s OK honey. At least it’s a beautiful MAY DAY...