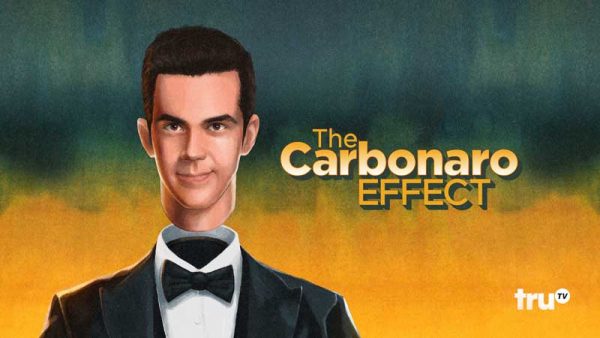 I plan on writing a series of Fishing stories for The ANGLER. The first one I am submitting is The Carbonaro Effect.

The story starts out after I had an extremely good day of fishing the Tuckaseigee River in Dillsboro, NC. Heading home late that evening, I saw a car parked in one of the pull-offs next to the “Tuck”. I stopped to introduce myself and ask how the fishing was for them. Quincy Thayer introduced herself and her two sons, Jake (17) and Bryce (12). She said, "We’ve been here for over 2 hours and we haven’t gotten a bite." I said that I could show them what I would do if I were fishing here.

I went to my car and took out my fly rod and we all proceeded to the river bank. I explained that I was going to throw my line up stream and let it drift down the river’s current. On my first cast I caught a 12” Rainbow Trout. HOW DID YOU DO THAT! THAT’S CRAZY! IT WAS LIKE MAGIC! HOW DID YOU DO THAT! I said, "Did you ever hear of the Carbonaro Effect. I’m a magician. I have a TV show called The Carbonaro Effect. Look across the river. Do you see the camera?" NO… (LOL)

Well, it wasn’t magic, and we are not on TV. I was just lucky to have the right flies and the perfect drift, I explained. Quincy said they only have one day left before they go back to Florida, and wanted to know if I could show Jake how to fly fish.

So she hired me for the next day. I decided to bring the family to the upper section of the Tuck, where Jake and I proceed to enter the river. After a few practice casts, Jake was ready to fly fish for the first time. I picked a nice section of the river and the fish were ready to play. One after another, Jake kept pulling them in. I asked Quincy if she would like to try her luck. It didn’t take long for her to start catching fish. In fact, she hooked and landed a 20” Rainbow! A trophy fish. Next, I hear Jake yelling, "I got a big one!" He was right. An 18” Rainbow. How could this get any better? Let’s not forget Bryce, who was sitting in the car watching all of this happen.

I left the river and told him I brought an extra set of waders and boots that should fit him perfectly. Long story short, he also caught a 18" Rainbow. All three have made The Blue Chip Fly Fishing Wall of Fame.

I’m glad I stopped to meet the Thayer family. I believe that our time together helped to make their trip here to Jackson, County, a memorable one. The Thayers tell me they are still talking about this trip. I’m sure they will be back to visit us!

The Carbonaro Effect is a TV show, staring Michael Carbonaro. He is an actor, comedian and magician. I wish he was there, at that moment, when Quincy said, HOW DID YOU DO THAT! I felt like a magician, too!